Please note that a DEFIBRILLATOR can be found on the wall of the village hall. Dialling 999 will allow a release code to be made available. Clear verbal instructions are given once the unit is started.

The MyNotts app will make it quicker, easier, and more convenient for local people to access council services. Residents can use the app to:

This is only the first phase of the app’s development. We would welcome feedback on areas of improvement, which you can provide directly via the app’s ‘Feedback’ section.

The plan does not include Shelford.

Thank you to everyone who attended our event on Sunday in the village hall.  The members of the Living History Group provided a fantastic array of memorabilia including photos, ration books, clothing and arms; they spent over two hours talking to people and answering innumerable questions.

There was plenty of tea/coffee flowing along with a beautiful selection of cakes, all of which were donated by residents, so thank you very much to one and all.  I must say a special thank you to Karen Cheetham who helped me all afternoon in the kitchen.

I'm extremely pleased to say that £145 was raised,  all of which is being donated to the Help for Heroes Charity.

Further to my letter of 24th October 2018, I am writing to inform you that advance warning signs informing drivers of the pending road closure of Trent Lane at its junction with the A6097 will be installed shortly.

The work to close Trent Lane is planned for early May and includes the installation of a concrete barrier at the Trent Lane/A6097 Gunthorpe Bridge junction, which would physically prevent vehicles turning into or out of Trent Lane. A second barrier in the form of a lockable gate will be installed at the eastern end of the restriction on Trent Lane near the sewage works access road.

There will still be vehicle access, from the gate, to farmland within the restricted area for key holders. Trent Lane will remain a through-route for pedestrians, cyclists and horse riders; their access will be retained through the provision of spaces left between the concrete barriers and also adjacent to the gate. Motorised traffic can continue to use Trent Lane up to the eastern closure point, accessing the road via East Bridgford village centre.

Trent Lane will be closed on a trial basis, for a period of up to 18 months from Friday 3rd May 2019. The effects of the scheme will be monitored, with evaluation being carried out during the first 12 months of this period. This will enable the County Council to gather further traffic data and people’s views of the scheme to determine the impact of the changes on routes within the village and on the A6097. A decision will then be taken to amend, remove or make the restriction permanent.  The location of the road closure and road affected by the proposals is shown on the attached drawing H/SLW/2664/05

Written objections to the scheme can be made during the first six months of the experimental order being made and these would be considered using the same process agreed for the introduction of permanent traffic regulation orders.

A map can be downloaded here:

Fast broadband is now available in Shelford as fibre to cabinets has now been connected. Several villagers have already signed up but anyone interested in getting faster speeds should contact their ISP.

Shelford is a typical rural community village with a church, pub and village hall which are all well used. It is situated beside the River Trent.

Shelford means ‘place of the shallow ford’ and there has been settlement here since the Bronze Age. The village is in the Trent Valley, about 8 miles from Nottingham. Shelford is still very much a farming community with arable and mixed farming and a livery stable. There is plenty of wildlife, particularly migrating birds down near the River Trent. There is a toll ride for horses and the Trent Valley Way runs through the village.

The village has a community-owned pub, the Earl of Chesterfield Arms (for news of what's happening here please click on "Pub News" under the News and Events tab) and a Village Hall, previously the Church of England School, built in 1873 by the Earl of Carnarvon and later taken over by the Notts Education Committee, the school closed in 1964.  The building belongs to the Crown Estate and was leased first to the Church and then to the Parish Council to be used as a Village Hall. 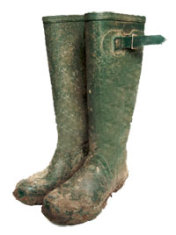 We hope you enjoy taking a stroll through our website!